After yet another day of stabbing pains in my back, I decided something quick and easy was on the menu tonight. 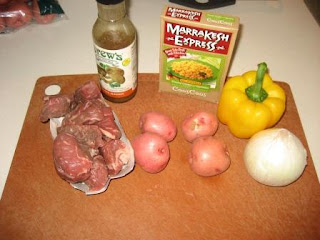 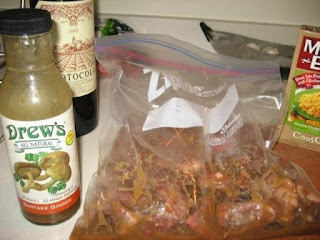 Set the kebab meat into a ziploc baggie, cover with marinade and set aside for 15 minutes. Halve the potatoes, chunk the bell peppers, quarter the onion. Salt and pepper to taste. 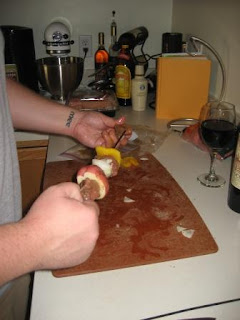 After 15 minutes, remove the beef from the marinade and assemble. 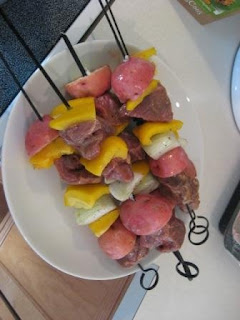 Once assembled, they may resemble something like this, unless you're much more particular about the aesthetic of your kebabs than I. 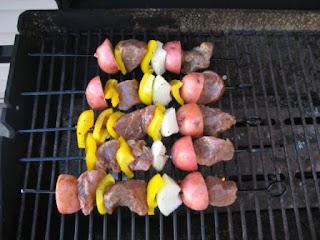 Fire up the grill to medium low, and cook until everything is done to your liking. I turn a few times, for a grand total of around 12-14 minutes cooking time.

While your kebabs are grilling, you are free to get the couscous going. I typically use Marrakesh Express or Near East, simply because they're essentially idiot-proof. 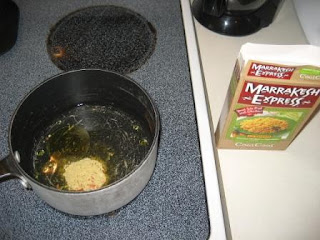 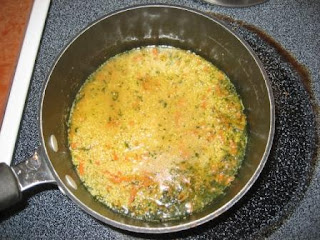 Once your water/oil/seasoning mixture is boiling, remove from heat and stir in couscous. Cover and let sit for 7 minutes, then fluff with a fork and serve. 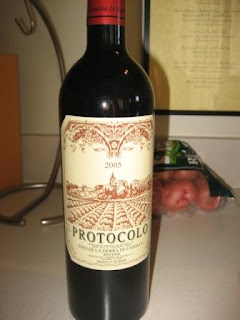 Tonight's meal was served with a 2005 Protocolo Vino de la Tierra de Castilla. It's a typical Spanish house red. We have had this vintage twice previously and have enjoyed it. This bottle however was ridiculously bland. There was virtually no flavor. I'm assuming it was a bad bottle, based upon previous purchases. 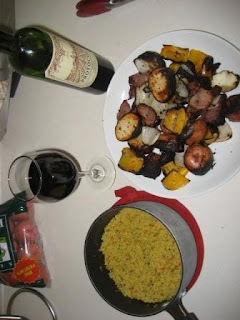 Sadly, some of the kebabs were overdone, but I would say that 90% of the meal was cooked to Michelle's liking, as I typically prefer my beef medium-rare to medium, whereas she likes it medium-well. I should have pulled two kebabs earlier.